Diabetes is a metabolic disease occurring when glucose levels in the blood are too high, as a result of the malfunctioning on the production and/or action of insulin, a hormone produced by the pancreas. Last 25th of January, Joan-Marc Servitja, a BLOC project researcher, gave a talk oriented to a non-scientific public to explain the causes of diabetes and the advances on this research field. 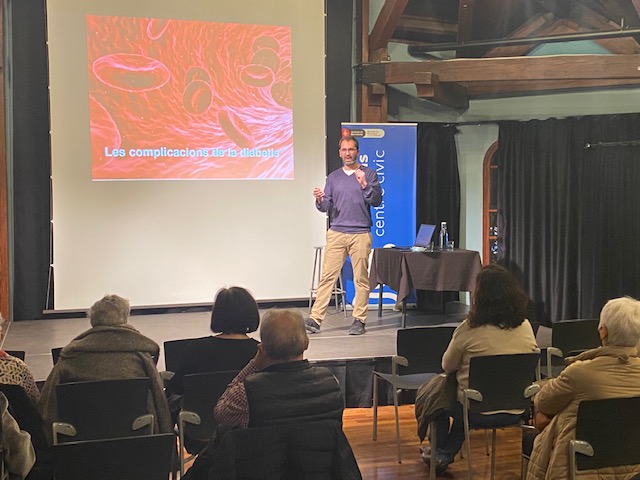 In the frame of a series of seminars organized by the Golferichs House Civic Center in Barcelona, in collaboration with the Institut de Recerca Biomèdica (IDIBAPS), last 25th of January, Joan-Marc Servitja researcher from BLOC project at IDIBAPS, presented the talk titled: Why does the glucose level increase during diabetes? About 25 people learnt some general facts about diabetes, the factors that promote its development and what scientists are doing to fight against it from this top researcher.

Diabetes affects more than 420 million people worldwide, and it’s estimated that in only 25 years, by 2045, this number will reach 629 million. Joan-Marc drew the public’s attention to this alarming fact and talked about a “silent pandemic” that unfortunately is clearly growing. Another important fact is that diabetes is closely related with another pandemic:  obesity, result of a sedentary lifestyle and an unbalanced diet.

There are different types of diabetes, however type 2 is the most prevalent, affecting more than 80% of people suffering this disease. Type 2 diabetes is associated with obesity and aging, but despite being the most common form, is also the more reversible and the one we can prevent with healthy habits. 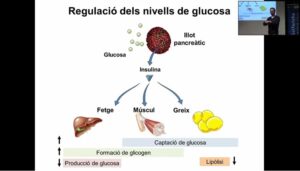 Joan-Marc explained that several organs participate in the control of glycemia, and focused his presentation on the pancreas, the organ responsible for the production of insulin. Insulin is a hormone that allows the glucose entering the cells, and thus is the responsible for the control of glucose levels in the blood. This hormone is produced by very specific cells from the pancreas, known as beta cells, which are present in the pancreatic islets that in fact account for only 2% of the entire organ. 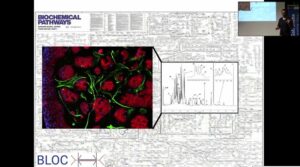 The second half of his presentation was devoted to talk about the efforts being done by researchers worldwide to understand diabetes in detail and to find new ways to detect the disease and discover efficient drugs to treat it. In this scenario, Joan-Marc presented BLOC project as a new technology to study metabolic diseases as diabetes in a non-invasive way by using nuclear magnetic resonance. This technology allows the analysis of hundreds of metabolites in real time to find out what is changing during the disease and see the effect of a certain drug. Moreover, he highlighted the need to reduce animal experimentation by developing new tools that simulate organs and metabolic diseases in the laboratory.

You can watch the entire talk (in Catalan) here:
https://youtu.be/utd1e74h1A0

Dr. Joan-Marc Servitja is researcher at the Pathogenesis and Prevention of Diabetes Group from the Institut de Recerca Biomèdica (IDIBAPS) and the Networking Biomedical Research Centre (CIBERDEM). 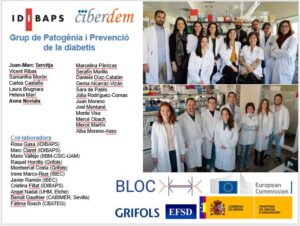